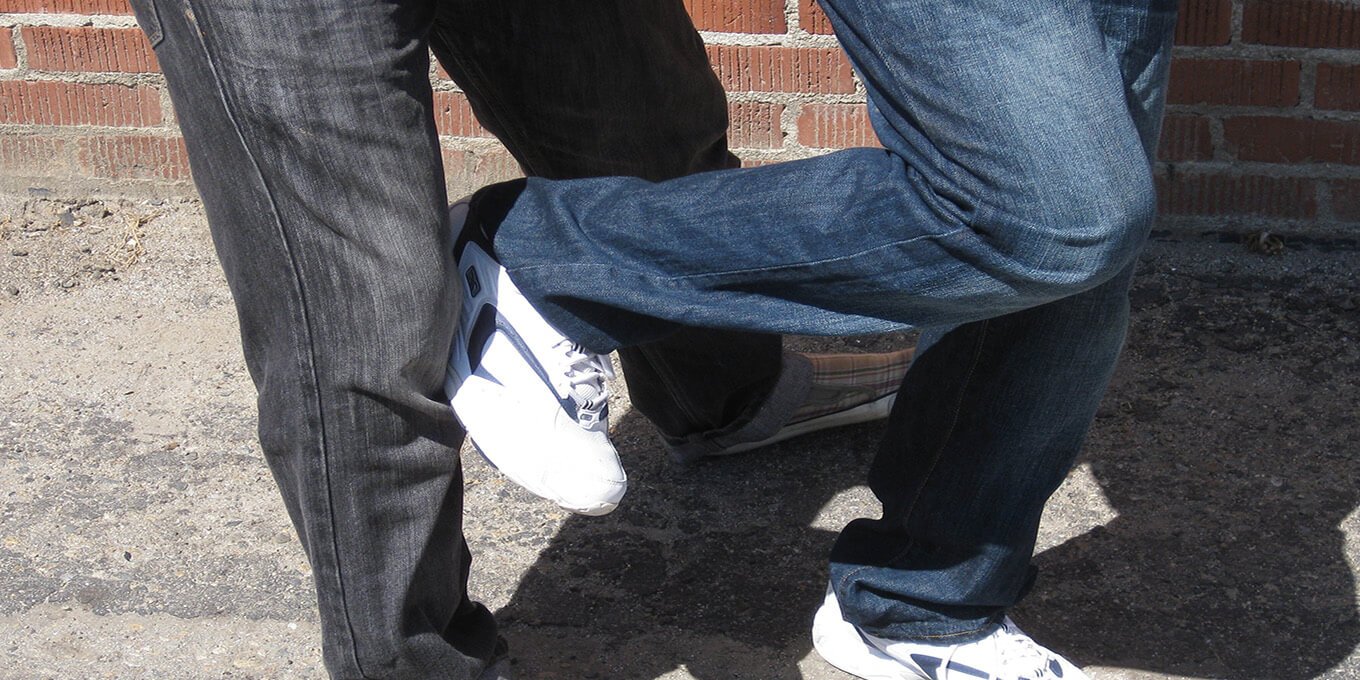 Inflict injury: One of the main counter-productive features of MMA, martial arts and self-defense programs, is their training attention to inflicting pain rather than injury.

Injury means the attackers are crippled… you broke something. Such as the knee break in the picture.

When you’re training teaches you to inflict pain, block, deflect, punch faces and stomachs, accumulate competition points, ignore vital spots, you’re wasting your time. You’re training to lose a real attack. Their pain or discomfort or delaying the end, doesn’t get you where you want to go.

Grappling techniques used by MMA and Brazilian Jiu-Jitsu such as a breaking an elbow in an arm-bar is an injury. Injury is good. The downside of grappling is you better pray he doesn’t have a weapon in his other hand or friends standing by, otherwise you still won’t survive.

Your goal when attacked by one or multiple predators, is to end them quickly. Every extra second taken is an extra second they can use on you.

Martial artists will say that they’ll adjust their fighting if they need to meet a serious threat. Statistics prove that that’s a false assumption. In the heat of combat, many physiological and psychological factors kick in. Under survival pressure, your mind and muscle memory will be doing what it’s been trained to do. If you’re trained in competition, you’ll compete. You’re trained to spar or to get points or pull your strikes to avoid hurting your opponent. And you’ll avoid vital targets.

And, if you’ve been trained in knife and gun disarm techniques, you’re really in rough shape.

You won’t see a Special Forces operative shoot in to grapple the enemy to the ground or get into a fist fight with them or do high spinning kicks or pressure pointing them into submission. Or try to take a knife away from the enemy. They know that’s all ridiculous and life threatening. Combatives trains them to get the job done. Anything less means you won’t be going home.

COMBATIVS will train you to have the best chance to survive against predator attacks. Whether you’re shopping, at home, at school, at work, on vacation. The size, strength, stamina, of the predators are overcome with your Special Forces designed skill-sets.