SURPRISED BY AN INTRUDER 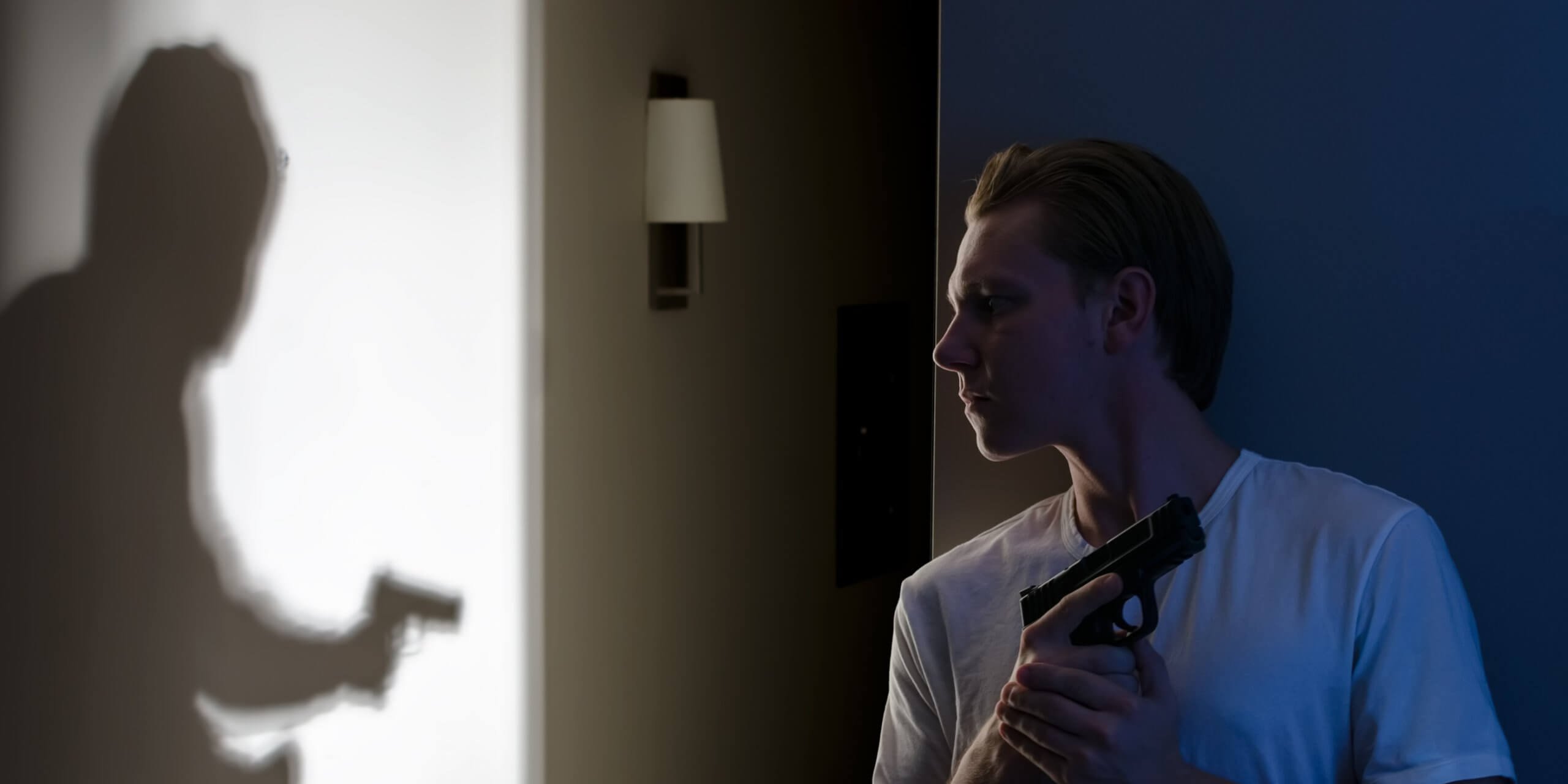 Several actions can be taken, provided each action is safe, practical, and based on common sense.

What about the intruder who, fearing nothing, rips the door off its hinges and continues advancing? Now it’s either submit totally and hope for mercy, or stand and fight. Given enough time to prepare, and the proper attitude, the homeowner can, in most cases, drop the intruder where he stands. This is accomplished by obtaining a weapon and taking a position affording the advantage of surprise.

If armed with a firearm shoot a warning shot (if you have enough time) into a solid piece of furniture. This should keep the bullet from penetrating a wall and striking an innocent person. It should convince him to turn and run, but if not, you may have to shoot him. At this time, don’t concern yourself with legalities. If the incident happened as described here, the use of deadly force would probably be justified, since you feared bodily harm or death.

If you are armed with a club or knife, your initial attack must be forceful and accurate. Use whatever force is necessary to stop the criminal. Once you overpower the assailant, make sure he is totally unable to retaliate. Tie him up or stand guard over him with a weapon until help arrives. Never render first aid if there is a chance he may grab you and continue his plans. If possible, call for an ambulance.

It is very important for each family member to establish some form of defensive plan against intruders.