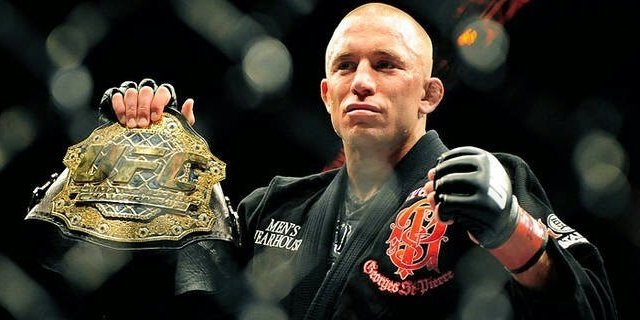 George St. Pierre, the UFC champion, confesses that he and other MMA fighters got beat by an older, out of shape, alcoholic smoker.

You can hear him say this during an interview here…

This refreshing honesty from such a champion, puts a torpedo in all the martial arts and MMA doctrines, that push their students into strength and cardio conditioning programs, as requirements for success.

He admits that he doesn’t do strength conditioning, as that’s not important in fighting. Amen.

Running on a treadmill is a waste of time, he declares. Another amen.

He says that he believes, the only reason to do resistance or weight training, is to make himself more marketable. A better image. He says, “I lift weights for looks”.

He says fighting is all about efficiency.

I agree with him that efficiency beats size, strength and endurance. Your martial arts or MMA instructor won’t tell you what George St. Pierre says. That would drastically cut into their profits.

In addition, for real combat, you also add in violence of action and combat-proven, behavioral engineering. (“They” won’t tell you that either.)

This, with specific skillsets that a COMBATIVS practitioner harnesses against predators, will leave them all in a pile, within seconds.

Let’s take a look at some commandos from WWII. 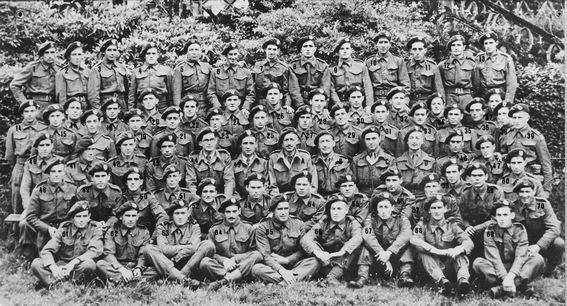 They all look like skinny, out of shape guys. Yet these guys became legend in combat! They were skillfully efficient and ferocious!

My Dad told me that when he walked into a British pub, other soldiers would see the commando patch on his sleeve, and then scramble to get out of his way. That’s respect.

You don’t need to spend years of your precious time pounding yourself into shape, while learning hundreds of techniques. Not to mention, all the money spent on all of this activity. The best has shown us, it’s not necessary.

TIME FOR CIVILIANS TO GET SERIOUS
FLORIDA SHERRIFF SAYS, “THIS IS WAR”!

So true! A Sherriff in Florida recently made that statement.

“Folks, now more than ever is the time for our civilians to be prepared to serve as the first line of defense, not only for them, but for their families,” Sherriff Ivey said.

With all the predator attacks in Brussels, Orlando, Montreal, Manchester, London, Paris, Portland and around the world, civilians need to be ready for this kind of war.

“What’s next is to fully understand that this is war, and you better be prepared to wage war to protect you, your family, and those around you if attacked,” He said.

He’s absolutely right. Hoping nothing will happen to you or waiting for the cops to arrive when it does, aren’t the answers. Even when they arrive in minutes, it can already be too late. It’s up to each person to be able to save themselves and their families.

WE CAN GET YOU READY FAST

If an old, out of shape, alcoholic smoker can rip up George St. Pierre, imagine what you can do with COMBATIVS.

If you want to look pretty, join LA Fitness.

If you want to live through a predator attack, take COMBATIVS.

Making you efficient and combat ready.