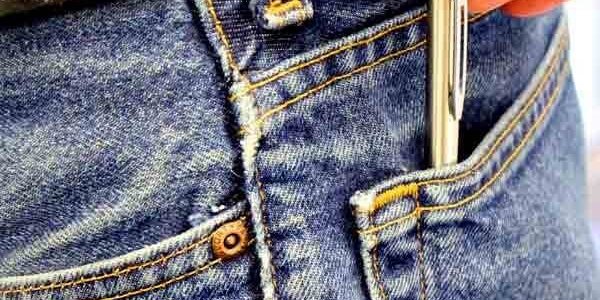 The laws in Canada are very strict when it comes to having a weapon.

In short, it’s against the law to have a weapon (Criminal Code Section 2).

In the USA, weapon laws, Castle Doctrine and Stand Your Ground Laws vary from State to State. Check your State for details.

A weapon is considered anything that is “designed to use, intended to use or is used to cause death or injury, or to threaten or intimidate any person”. So, that “can” be a cellphone, a tablet, a pen, a cup of coffee, a purse or almost anything you can think of.

There are sub-classes of weapons such as restricted weapons which can be, it says, a broken piece of glass or your vehicle. On top of that, there are prohibited weapons (in Canada) that you can’t own, let alone carry. The entire, lengthy list is available online.

And as we all know, we can’t carry handguns around (unless you’re a criminal). Note: Handguns for club target shooting and shotguns and rifles for hunting are not considered weapons for these tasks. They’re considered firearms or tools.

You “can” carry a certain kind of knife, but not as a weapon for self-defense and any police officer can confiscate yours and/or arrest you for your pocket knife, at their discretion. I started carrying a pocket knife when I was six. (For those inquiring minds, that’s over 6o years ago. First shot a shotgun when I was 4 and owned a 303 rifle when I was 8, that hung on my wall over my bed. Different world now.)

What we’re left with is innocent civilians being totally defenseless against predators. Those who do carry weapons, covert and otherwise, usually are untrained in how to use them and hope that they’ll magically operate against a rapist, terrorist or murderer, when the time comes. They think they’ll just dig it out (while the predators stand there waiting) and wave it around at them and it will shoo them away.

Your unarmed skills can never be taken away from you. You are always ready and confident, against multiple armed predators.

As a supplement (not instead of) to these unarmed skills, it is also wise in knowing how to use covert tools to your advantage.

Some typical handy, covert tools are rocks, sticks, dirt, trees, sidewalk, parked cars, oncoming traffic, walls, tables, chairs, dumpster, etc. You can introduce these items to predators in various ways. Training can prepare you in advance on using such covert items in the heat of combat.

Carry items can and should be whatever you would regularly carry and are your preferred items of choice. These items should be allowed through any airport security, be quick to deploy, and not something shoved in your pockets or purse. You’ll need to activate them in a split second. Then train in how to use them.

Forget the self-defense gadgets out there offered at Amazon and taught in typical self-defense courses. You can be injured or dead by the time you start fumbling around looking for your stun gun or pepper spray to use at a moment’s notice. They also need to be applied correctly; can be dropped; malfunction; taken away or be used against you. Who would gamble their life on such things? And as an added bonus, when the police finally arrive, if you survive, they’ll see you used a “self-defense weapon” and arrest you.

During the COVERT/UNCONVENTIONAL WEAPONS Section of our COMBATIVS Program, we will train you to be proficient with suitable “add-on tools”, which involves proper mindset, movement, tactics and targeting.

We take the protection of you and your family seriously. Life and death isn’t a sport or entertainment. COMBATIVS gives you THE EDGE TO SURVIVE.