The Birth of Special Operations in Canada 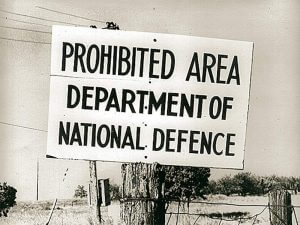 Many consider the birth of U.S./British and Canadian foreign agent and military special operations training was birthed in Canada in 1941.

The Chief Instructor, William Fairbairn, considered one of the world’s most dangerous ‘silent killers’, was brought in from the War Office Training Center in Scotland, known as Castle Commando, where he was training Commandos in lethal close quarter combat. One of these combat-decorated Commandos was my father, Gordon Collins, who was in No. 4 Commando.

Fairbairn was brought in to Camp X and later to OSS (early CIA)
to train these groups of people
in the art of ‘silent killing’.

Who was William Fairbairn? 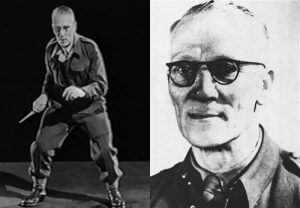 Sixty years before Bruce Lee (many consider to be the best martial artist) even started learning Wing Chun from Yip Man, a British Royal Marine (commonly known today as Commandos) was stationed in Japanese controlled Korea. William Fairbairn spent his days training with the Royal Marines (no small feat in itself), and his nights studying martial arts with the toughest Japan and Korea had to offer.

He spent years doing this until he ended up as a cop (for 32 years) in the most dangerous place on earth… Shanghai. There he learned every single thing about every martial art he could possibly get his hands on. He also took up boxing, wrestling and savate. He studied Kung Fu from the personal bodyguard to the Empress of China and became the first Westerner to receive black belts in Judo and Jujitsu from a Japanese grandmaster.

During this time, he got into no-holds-barred street fights with Tong gang members, who were renowned for their lethal ways. One day, after he was beaten and stabbed a dozen times and left for dead, he realized that all the martial arts he knew, wasn’t good enough.

So, he took his military training, mixed it with his mastering of four Eastern martial arts and his street experience, to develop what worked best against multiple, armed, murderous criminals who were also highly-trained martial artists. Fairbairn became the father of “combatives”. Combatives training became legendary.

He also became the father of SWAT, as he taught his lethal combatives to the Shanghai police and improved the force by implementing some of the first SWAT-style police squads and tactics the world had ever seen.

CAMP X trained government agents, military personnel
and law enforcement from multiple countries
to be the most lethal people in the world in combatives.

Why did I design COMBATIVS?

I made COMBATIVS for myself, as I felt that Fairbairn, my father and other’s designs could use some tweaking to make things more efficient and cover all the bases. I never had a desire to open a training facility. What I knew certainly couldn’t be taught to children or the youth, which are the typical markets of the commercialized combatives, martial arts and self defense businesses. 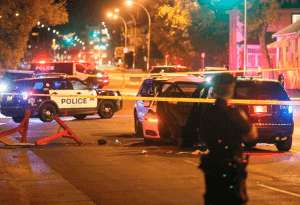 Keeping it all to myself wouldn’t last though. Every day I’d read or hear about the rise of violence across the world against civilians, I knew they needed COMBATIVS, as modern martial arts and self-defense programs fail people in real-world, life and death encounters. 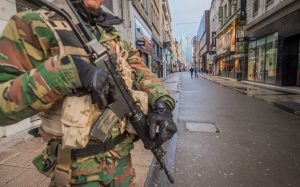 A facility wasn’t a personal option for me so I took COMBATIVS on the road. COMBATIVS was offered as a mobile service for qualified civilians 18 and over. It wasn’t long before people from other countries started contacting me about COMBATIVS. This led to franchising as the next logical step, as I wouldn’t offer COMBATIVS in book or video form.

I intended to leave it at that.

One day I received a request for a quote from the Canadian Armed Forces, to train a few dozen soldiers to be instructors in “Special Operations Combatives Program Level 2.”

My first thought was, “You must be kidding. You guys actually send military special operators outside the wire with this stuff.”

This grappling-focused program is the official combatives program in the United States for their military special forces, ATF and others. It was created by a ju-jitsu instructor. At least the U.S. Marines are honest in calling their program a martial art, Marine Corps Martial Arts Program (MCMAP). Not to be outdone I guess, U.S. Navy SEALs train in boxing and ju-jitsu too.

I train civilians in more advanced combatives than that.

I ignored the request from the Canadian military. I can’t in good conscience train personnel in that kind of “combatives”.

So, what happened to the lethal combatives from CAMP X to what is being taught to government and military special operators today?

What happened to the lethal combatives that were taught to the original Fairbairn SWAT teams?

You could point your finger at reasons like liberal thinking; political correctness; fear of lawsuits; heavier concentration on teams and mechanized training or veteran special operators influencing the government and military to make the switch to “watered-down combatives” to pad their MMA businesses.

FAIRBAIRN AND MY FATHER WOULD CALL IT ALL INSANITY 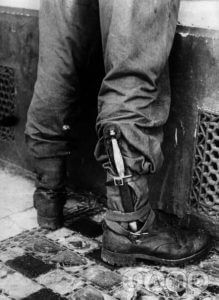 For years, my father went on many Commando clandestine raids behind enemy lines (today they would call that Black Ops). Grappling around with the enemy on the ground wasn’t a survival option back then. Nor is it today.

I can picture him now, standing on the sidelines of a modern-day special operations training site, watching while they boxed or did MMA, calling it combatives. I picture him grabbing the instructor in frustration to snap something on him while explaining, “You’re zigging when you should be zagging.”

Early in WWII, Hitler gave a directive called “The Commando Order” that all Commandos were not to be taken prisoner. They were to be executed on the spot (https://en.wikipedia.org/wiki/Commando_Order). My father laughed when he told me about this order. He said, “Hitler only made it worse for himself, as we’d fight to the death. We’d never surrender!” Do you think Commandos would resort to ju-jitsu, boxing, MMA or grappling skills when they ran out of ammo?

Even when he was in the police after the war, my father didn’t play around when dealing with criminals. There was no “force continuum”.

Many years ago, I was working with some American SWAT guys. One was a veteran Marine who’s tour of duty was in Afghanistan. I was shocked at what they didn’t know about combatives. Without their guns they resorted to grappling and submission holds. I’ve seen the same with other branches of the military and all levels of law enforcement. These men and women were coming for real combatives training in secret because they knew what they were being taught at work was nonsense. And, in the real world, if they relied on it, would get them killed.

“THERE’S NO FAIR PLAY, NO RULES
EXCEPT ONE: KILL OR BE KILLED.”

Back to Camp X.

In the spirit of Fairbairn (my combatives grandfather) and my father (my combatives father), CAMP X was brought back to life. I was going to make it specifically for active military and law enforcement personnel but wouldn’t be teaching them anything different than what I teach civilians.

CAMP X is made up of various branches of The Legend Programs.

All teach how to effectively neutralize armed, multiple attackers. Anything less is a waste of your time and money and may cost you your life.

Examine the various Programs to see what best suits your needs or contact us to discuss and develop a tailored-made program.

Just extreme finishing tactics that work in seconds, even on armed multiple attackers.