What is the Best self defense in Buffalo?

Does the best self defense training in Buffalo or anywhere work against multiple armed predators?

Does the best martial arts training work against terrorists or determined attackers?

Does Modern Combatives, Krav Maga techniques or MMA/BJJ tactics work when you or your family’s lives are on the line?

PRIVATE TRAINING IN YOUR HOME OR BUSINESS

Fail means you and your family don’t make it.

Why then does anyone bother spending the time and money learning skills that statistics reveal will get them killed?

Entertainment/marketing hype and ignorance are the main reasons, although political correctness and fear of prison/lawsuits are also factors in keeping Black Belts, LEO’s and most military forces from suitable, life-saving training.

So, what’s the solution?

Predators are experts at their craft of destroying people. To neutralize them, you need to be a real combat master when several of them with their various weapons of choice come at you.

Is that even possible? 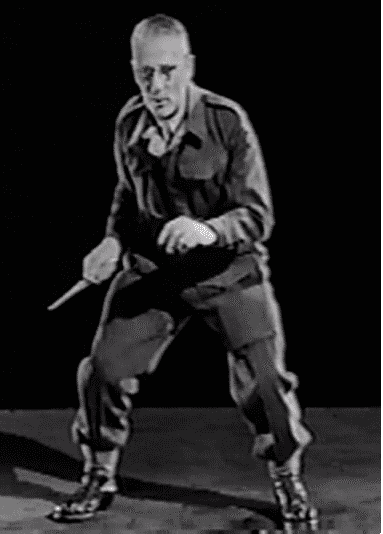 The original Combatives was designed by a Royal Marine commando, Colonel William Fairbairn, who was a master in four Eastern martial arts (see the CAMP X page for more details). After being beaten, stabbed a dozen times and left for dead by Tong gang members in Shanghai he realized that something more serious/more realistic was needed to survive, so he developed Combatives.As the father of Combatives and SWAT, Fairbairn was considered the most lethal hand-to-hand Fighter of all time.

During WWII he trained Commandos in his Combatives at Castle Commando in Scotland (of which my father was one) and taught SOE, OSS (early CIA) and other elite groups at CAMP X in Canada.

Oddly, this training withered away in elite military circles, until today, even special forces are trained in counter-productive grappling, boxing or disarm focused techniques.

Training offered for civilians is not much different, being mostly children focused at places commonly referred to as McDojos.

My early training with my father, a combat decorated Fairbairn Commando, and with many other experts over numerous decades (see ABOUT page), drove me to develop the COMBATIVS CAMP X PROGRAMS to meet the urgent need that still exists around the world.

In following Fairbairn’s process, I designed COMBATIVS so your size, strength, age, endurance is not a hindrance in defeating larger, stronger, multiple armed attackers…

…within a few seconds or less!

Even if you’re unarmed.

And… like the original Combatives, there’s no fluff or wasted movements. COMBATIS can be learned in hours, not years.

Such as the MASTER LEGEND PROGRAM that can take you to a mastering of COMBATIVS with 24 hours of training.

Don’t waste your time and money on counter-productive skills that can cost you your life.

Just extreme finishing tactics that work in seconds, even on armed multiple attackers.

What is the Best self defense in Buffalo?