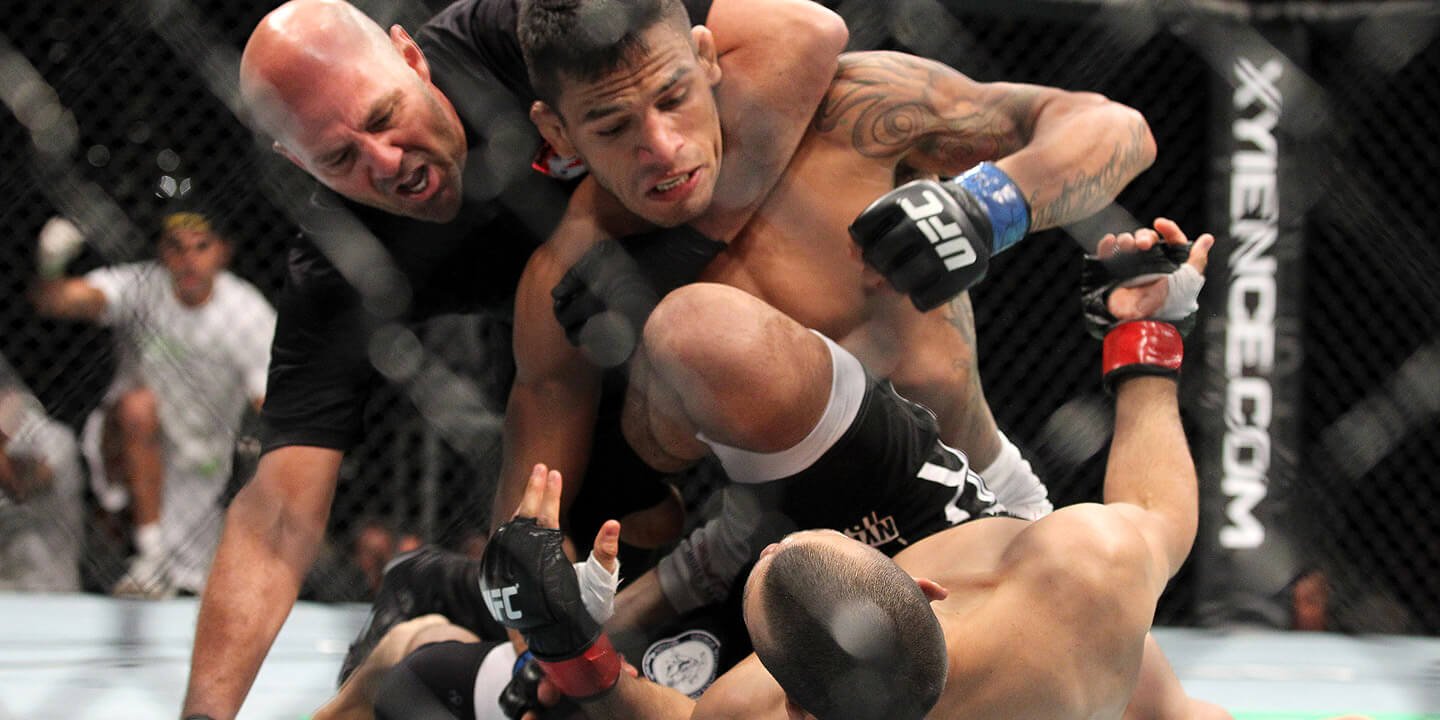 Does mixed martial arts (MMA) work in the real world?

Back in 1995, some other Combat System Black Belts and I attended UFC 7 in Buffalo, NY. Director Rick Fike, founder of Close Quarter Combat Skills Institute (CQCSI) was also there.

For those of you new to COMBATIVS, Rick Fike is a career Special Operations Officer that served over 26 years with extremely aggressive special missions units, as well as being their CQC instructor. Think Black Ops. CQCSI has trained Military Special Operations groups, the CIA, and the US President’s Secret Service personnel, among many others in international military, government and security circles. I (Al) am a certified instructor of CQCSI, who first trained with Director Fike in 1990. These combat skillsets are brought to students in COMBATIVS.

MMA was a new term back then, born from Brazilian Ju-jitsu (BJJ) and the Gracie Family. It was certainly entertaining, watching traditional martial artists getting pounded by those more capable in multiple skillsets. There were no weight classes or weight limits and no rounds. Fight was over by submission, knock-out or throwing in the towel. The rules back then were simple. No biting and no eye gouging. Actually, many rules went unsaid because they were assumed in a non-combat, sports venue.

Rules such as no throat attacks; no neck breaks; no knee breaks; no ankle breaks; no elbow breaks; no ear rips; no weapons; no multiple opponents; no maiming and no death strikes. Fight fair.

The rules have multiplied now with 5 minute rounds; weight classes; no knees or kicks to the head allowed; no shoes; must wear UFC gloves; no fingers pointed at the opponent’s face/eyes allowed; and a referee that can pull an opponent off another and stop the fight.

Fighters train themselves for a controlled entertainment environment, not combatives… life or death with no rules.

We enjoyed watching the fights over 20 years ago, but we all knew that this was just entertainment, not reality.

Many MMA and BJJ training clubs have sprung up around the world, with people flocking to them thinking that this is the ultimate survival system. But is it? Would you trust your life and the lives of your family to your skills in MMA or BJJ?

In the real world, predators will attack you with weapons, no rules, no referees and no mercy. After many years of hard training, you may be a skilled MMA fighter, but combat against blades, clubs, guns and/or multiple predators is a common reality in the real world! You will also have to overcome your own psychological and physiological phobias, before you will be able to instantly take real action in combat to finish predators. Training not provided in MMA.

Copied from Restricted
COMMANDOS IN THE FIELD 1945
COMBINED OPERATIONS PAMPHLET No. 26

COMBATIVS will quickly train you to defeat larger, younger, armed predators. We will teach you close quarter combat Special Operations Forces battle-tested tactics and show you how to overcome a handicap that’s in almost 100% of people, even trained soldiers, law enforcement and MMA cage fighters, to give you an overwhelming opportunity and advantage over the most ruthless of predators. Protection against home invasion; against rape; against attack/kidnapping on vacation; against violent assault, even by multiple armed attackers.

MMA can be a fun sport to watch. COMBATIVS is a lifesaving skillset.