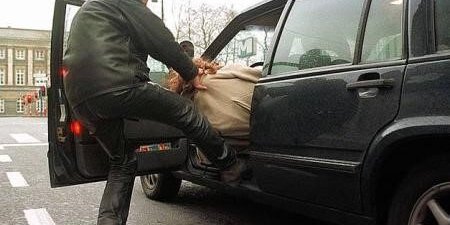 Adult Abduction: I just watched another beheading on the internet of a tourist who was kidnapped and held for ransom, that his government refused to pay. His wife was killed during his abduction.

A couple of women in Ohio were freed in 2013. They had been repeatedly raped while being held captive for 10 years.

Adults in the 10’s of millions around the world are abducted for human trafficking, forced labor, rape, ransom, and terrorism.

Many abducted people just disappear and are never heard from again.

Statistics for Canada and the USA show a doubling of incidences every few years. The stories are endless and becoming more rampant.

When the police and the government aren’t going to help you survive these situations… your survival skills will give you a chance.

Such a situation can take place anywhere (i.e. car, home, bar, street, while on vacation); by multiple armed attackers or you may come around already abducted, after you were drugged or knocked out by surprise. It’s best to be ready for the worst-case scenario.

The old saying goes here, “If you fail to plan, you plan to fail”!

Your best option has proven to be to not go along with any abductors. That being the case, your COMBATIVS skills against multiple armed abductors will come in handy.

If you’re already in their hands at some unknown location, you wait for your shot, again with COMBATIVS skills to set yourself free.

Hoping that they’ll let you go for some reason or that miraculously the police will find you and come to your rescue before you’re killed… aren’t viable options.

If you aren’t ready against such people, your chances for survival is almost non-existent.

You are your best hope for survival.

It’s your decision if your life and your family’s lives are worth protecting.

Private training at your convenience, is held at your location and is available for adults only (18+). If you want to train your younger brothers, sisters or children these skills, that can be your option, as we won’t teach children.