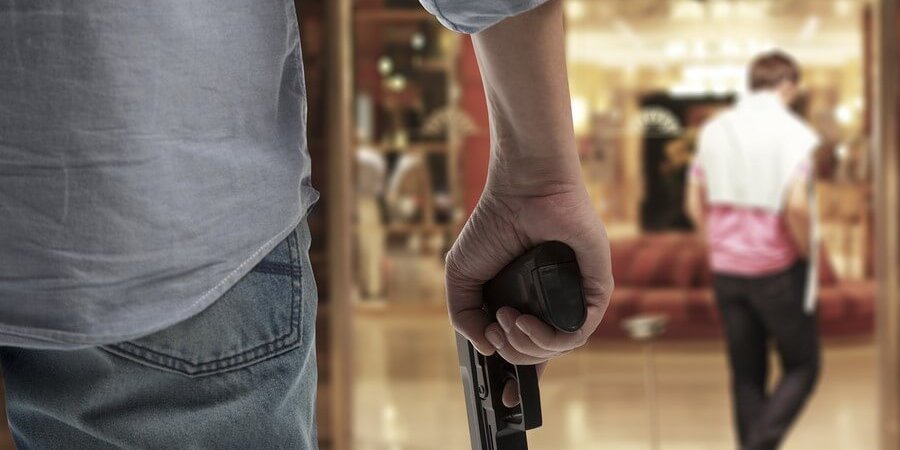 An active shooter is typically defined as an individual or individuals who are actively engaged in killing or attempting to kill people in public places such as schools, workplaces, shopping malls, restaurants, entertainment venues (sports arenas, theaters) and the streets. In most cases, active shooters use a firearm(s) and display no pattern or method for selection of their victims.

This can happen anywhere and at any time. Being properly trained can save your life and the lives of others. But what training is available, that can prepare a person for the reality of active shooting combat situations?

In some courses, usually people are instructed to RUN. They are told if you can’t run, then HIDE. If running and hiding aren’t options, then you must FIGHT to survive.

Another training method offered to people is called ALICE. ALICE stands for Alert, Lockdown, Inform, Counter and Evacuate. It is based on the premise that information, authorization and proactive training are the key to surviving an active shooter event.

Some others are called ADD (Avoid, Delay and Defend), CRASE (Civilian Response to Active Shooter Events), and ALERRT (Advanced Law Enforcement Rapid Response Training) which can assist civilians and law enforcement in how to respond to active shooting events.

These training programs provide people with ideas and some drills of what to do, yet like martial arts and self-defense courses, knowing what to do and training what to do, doesn’t mean that’s what people will actually do during combat.

Active shooter case: On November 13, 2015, 3 shooters entered a concert venue in Paris. The attackers used assault rifles and hand grenades on a crowd of 1500. A survivor said they reloaded 3 or 4 times. They killed 89 people. They mutilated many with knives. Two only stopped when they detonated their suicide vests. The other’s vest exploded when the police shot him.

Active shooter case: On July 20, 2012, one shooter at an Aurora Colorado movie theater carried 4 guns, had 1000’s of rounds of ammo, took his time, reloaded and killed 12 people and injured 70 others. Fortunately for many others, he made the decision to stop shooting and walk outside where he was arrested.

Active shooter case: On June 17, 2015, one shooter at a Charleston church killed 9 people. A survivor said that he reloaded his gun 5 TIMES.

These are only a few well-known examples. The ones where one or two are killed aren’t newsworthy anymore.

What would you have done in these three examples?

Statistics say about 98% of you would freeze. Standing there like a deer in the headlights or getting ‘buck fever’ is typical for even the highly trained during combat. Yet most people can’t help themselves. Their training was lacking.

Rare is the instruction that teaches how to deal with multiple armed attackers. Rarer still, is how to instantly overcome ‘buck fever’ when combat comes. So that you become 1 of the 2% that would actually deal with someone trying to kill you!

Hoping ‘it’ doesn’t happen to you is like playing Russian roulette. Statistics say eventually, a life or death situation will most likely come your way, one day.

COMBATIVS will train you to have the best chance to survive against an active shooter attack.